Come live the experience of the world renowned Montenegrin wild nature and historical places.  The nature of Montenegro is a nature lover’s paradise.

A fore runner in the race to conserve the country’s natural heritage the region will stun you with the sheer visual impact of its wild scenic beauty and fiery sunsets.

The region is a must-see and that is why it is on your itinerary. Here in Montenegro, you will find warm, generous hospitality unsurpassed anywhere in the world. 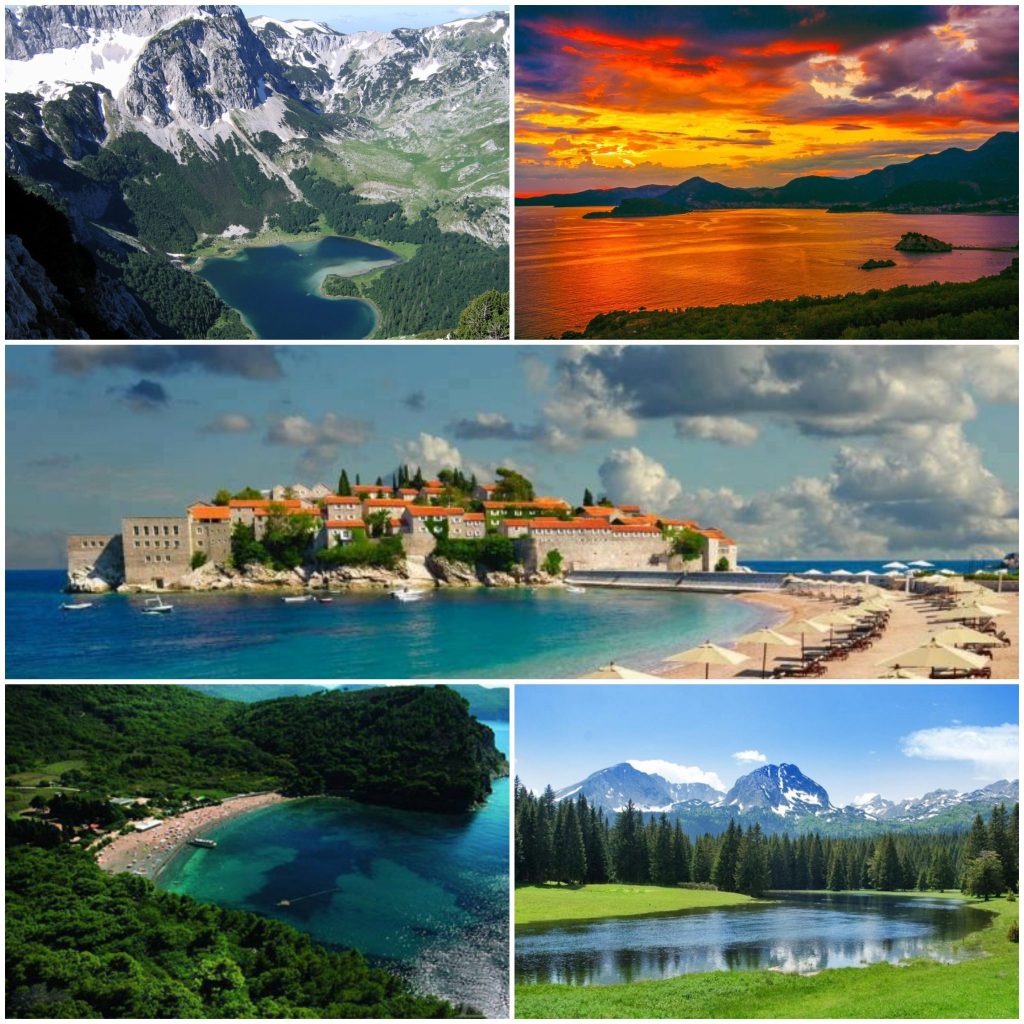 Durmitor massif is a high plateau containing more than 30 peaks over 2,000 meters (the highest mountain is Mount Bobotov Cook  2522 meters high). To preserve the unique nature Durmitor and Tara canyon they are included in UNESCO’s World Heritage List and have a status of a National park.

The center of the Durmitor National Park is the Zabljak mountain resort  (1465 meters above sea level). It is the highest town in the Balkans. Zabljak is interesting for tourists all over the seasons.

The Tara Canyon attracts tens of thousands of amateur and expert rafters from many countries. The Tara region will stun you with the sheer visual impact of its  wild scenic beauty. 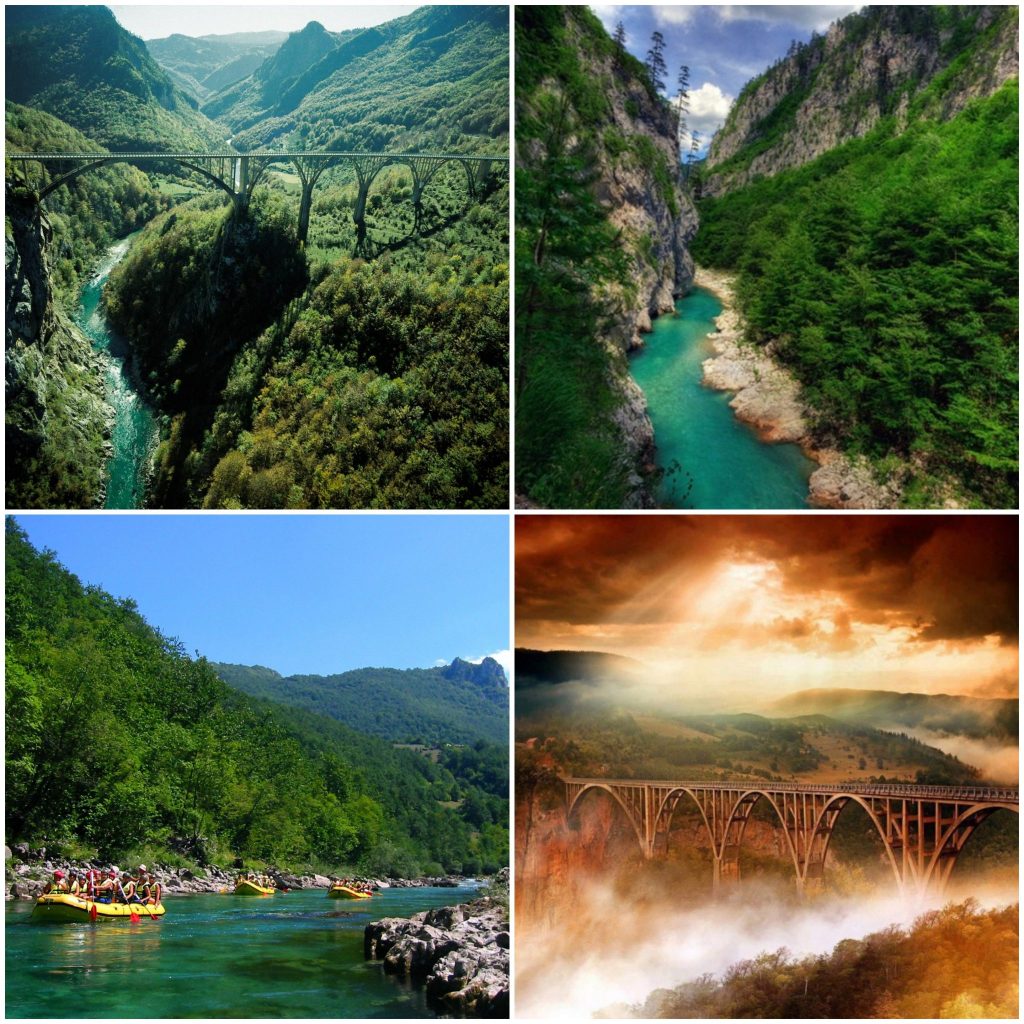 Kotor, first mentioned in 168 BC, was settled during Ancient Roman times, when it was known as Acruvium and was part of the Roman province of Dalmatia.  Kotor is surrounded by fortifications built during this Venetian period. In recent years, Kotor has seen a steady increase in tourists, many of them coming by cruise ship. Visitors are attracted both by the natural beauty of the Gulf of Kotor and by the Old Town of Kotor. Kotor is part of the World Heritage Site dubbed the Natural and Culturo-Historical Region of Kotor.

Perast lies beneath the hill of St. Elijah. Near Perast there are two islets: one is called Sveti Djordje (St. George) and the other Gospa od Škrpjela (Our Lady of the Rocks), and each has a picturesque chapel. Gospa od Škrpjela is particularly interesting given that it is the only artificially-built island in the Adriatic, with an area of 3,030 m² — it was built upon a rock (Škrpjel) after two Venetian sailors from Perast found a picture of the Virgin Mary on it in 1452.

Throughout the centuries, many empires battled for control of the Perast. In the 10th century, it was an autonomous city of the Byzantine Empire. From 1186 to 1371, it was a free city of medieval Serbia. It was from 1420 and 1797 under Venetian Republic of Venice and Hungarian control for brief periods, but as an independent republic from 1395 to 1420, when then returned to Venetian control once again. French occupation from 1807 to 1914 was followed by Austrian rule until 1918, when Kotor finally became part of Yugoslavia.

Risan is the oldest town of Boka Kotorska, it was founded in the 3rd century. Risan traces its origins to the ancient settlement of Rhizon (Rhizinium), the oldest settlement in the Bay of Kotor. In Roman times, Rhizinium is documented as an oppidum civium Romanorum, and the most prosperous time for Roman Rhizinium came during the 1st and 2nd centuries, when huge villas were made in the area and the city had 10,000 inhabitants. Five mosaics are the most valuable remains of that period – not only for Risan but also for Montenegro. Among them there is only mosaic of the Hypnos, God of Sleep, in the world.

Herceg Novi was known as Castelnuovo (“New castle” in Italian) between 1420 and 1797 when it was part of the Albania Veneta of the Republic of Venice. Herceg Novi has had a turbulent past, despite being one of the youngest settlements on the Adriatic. A history of varied occupations has created a blend of diverse and picturesque architectural style in the city. 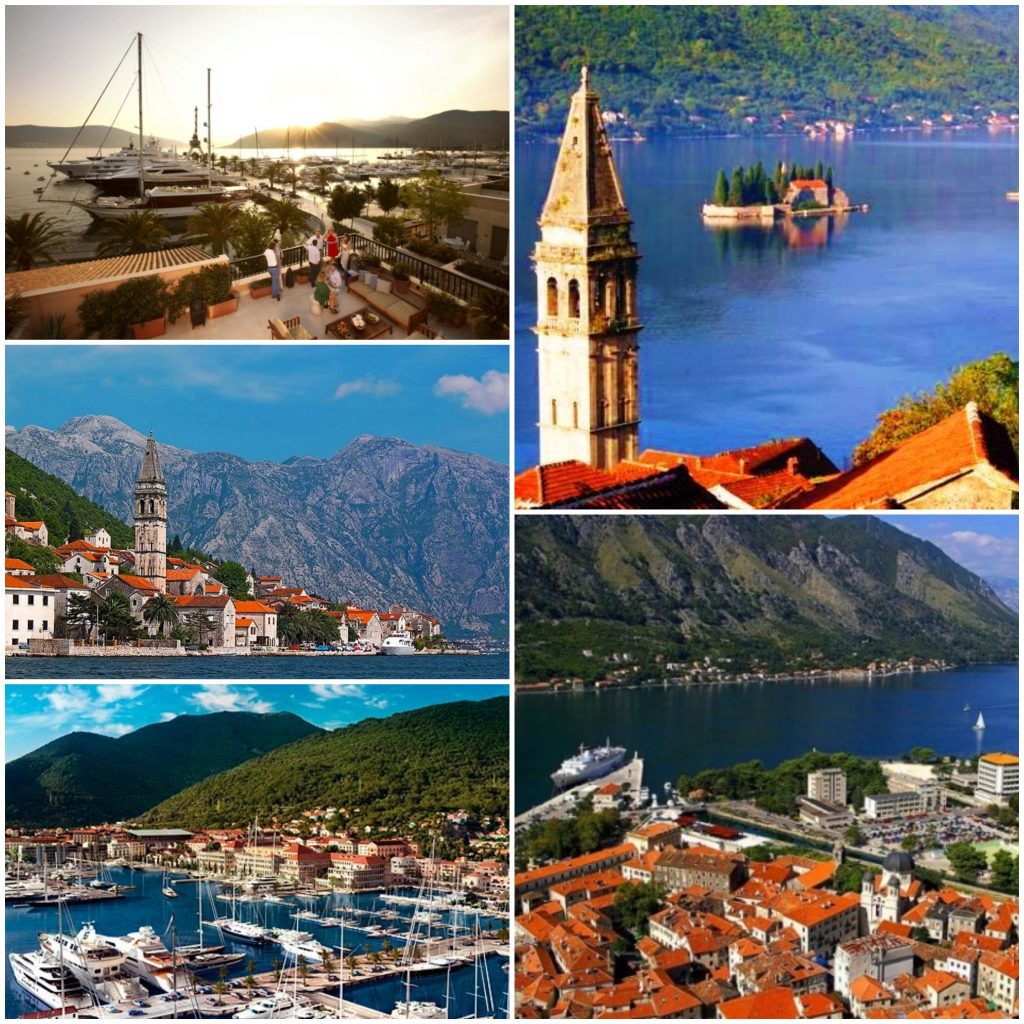 Mount Lovcen is a National park of Montenegro, it’s located near to Kotor and Tivat. This mountain plays a major role for Montenegrins. Lovcen is the symbol of the state and national ideology. On the top of Mount Lovcen there is the mausoleum of Petar II Petrovic Njegos. Petar II Petrovic Njegos was a poet, sage, philosopher and statesman of Montenegro. Lovcen abounds with heritage places and historic buildings, summer pastures and villages. One of the most valuable monuments of this region is Njegusi village, from where the genealogy of Njegos family comes. 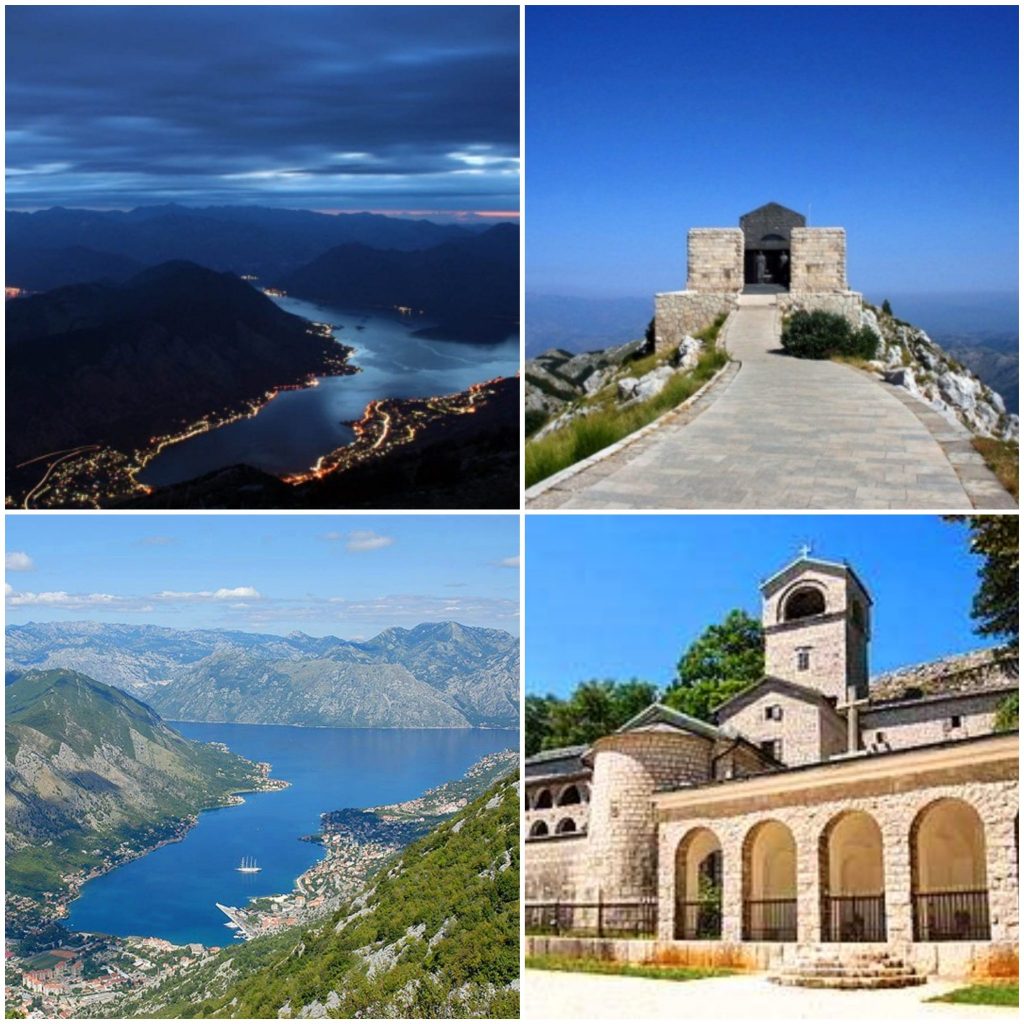 Ostrog Monastery is the greatest holiness of Montenegro. It stands high in mountains hidden in clouds. It was built in the 17th century and keeps the relics of St. Basil of Ostrog. Montenegrins are saying: “St.Basil is watching us all our lives and waiting when we get back to our roots.”

The way from the Lower to the Upper Monastery have to be done on foot like humble pilgrims. Old monk will tell you about the history of the Monastery and about all the miracles that happen here. Poor, rich, Orthodox, Catholics and Muslims come here from all over the world to seek healing in body, mind and soul. Ostrog Monastery sure is a place where miracles do happen.

Skadar Lake is the largest lake in the Balkans. It has unique and rich flora and fauna. Skadar Lake is an important habitat for water birds. The curly pelican is a symbol of this National park. In some places the depth of the lake is 60 m. Skadar Lake has many cultural and historical monuments, which are occupying the large part of this national park. 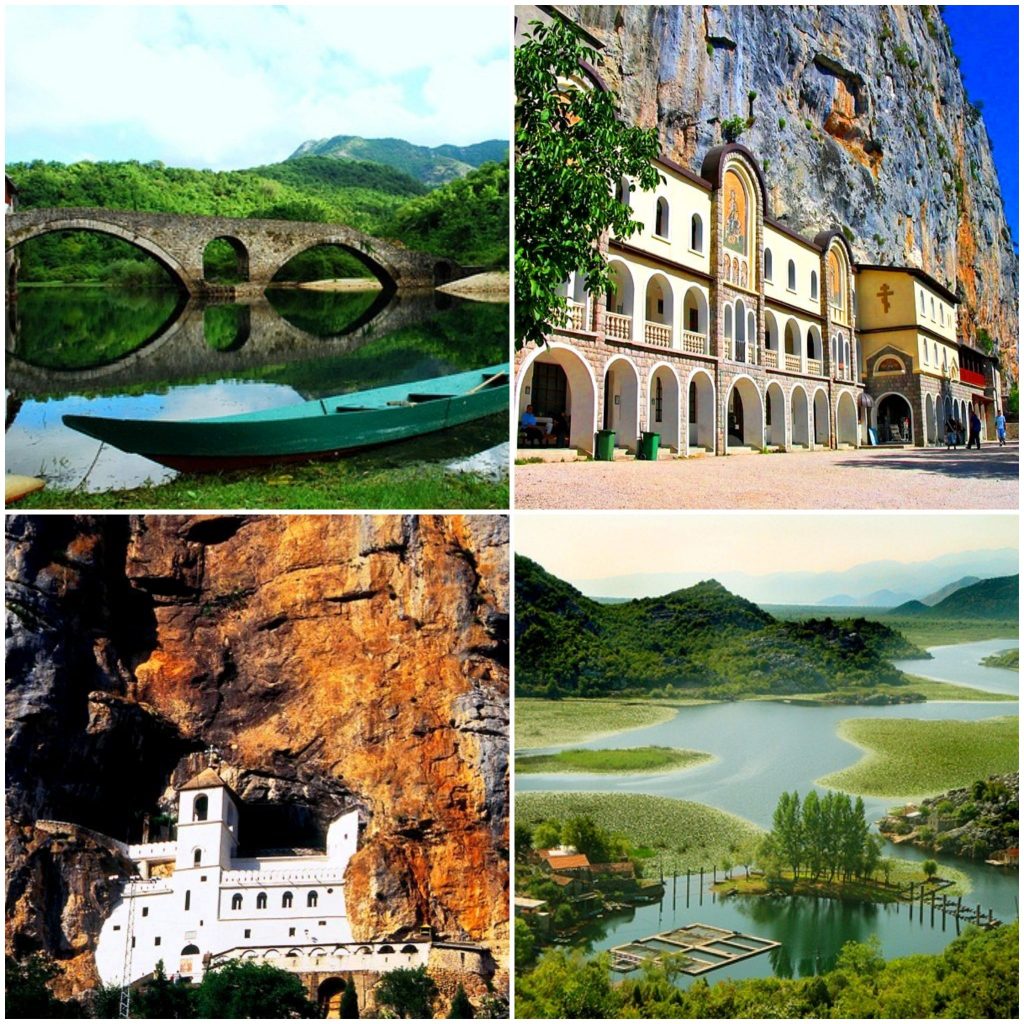 Biogradska Mountain National Park is the oldest reserve in Montenegro. In 1878 Prince Nikola appreciated the beauty and uniqueness of this place and ordered to protect it. Since Biogradska Mountain is a reserved area, and  now it’s called Princely reserve. In the national park there is one of the few virgin forests remaining in Europe. The age of some trees is thousands years, the height is more then 45 m and 1,5 m around.

Biogradska Mountain is famous for its variety of flora and fauna: there are more than 2,000 kinds of plants and 200 species of birds. The real treasure of this place is Biogradsko Lake, the largest and most famous of glacial lakes of the national park. The clarity of the water is unusual: even at great depths you can see a lot of trouts. In the summer the water temperature is less then 20 degrees.

Kolasin is a small resort town surrounded by Tara and Moraca Rivers. Always there are a lot of tourists in Kolasin.  In summer this town is a popular balneotherapeutic resort. Ski tours are popular in Kolasin during the cold season.

In the mountains near to Kolasin there is one of the oldest monasteries in Europe. This is Moraca Monastery which is founded in 1252. Next to it there is one of the oldest Christian churches in this region. This is Holy Assumption Church, built in 1252. Holy Assumption Church is a significant Serbian Orthodox  monument of the Middle Ages in the Balkans. The monastery is famous for its frescoes of the Holy Virgin, Christ and 11 scenes with illustrations of the Prophet Elijah’s life. 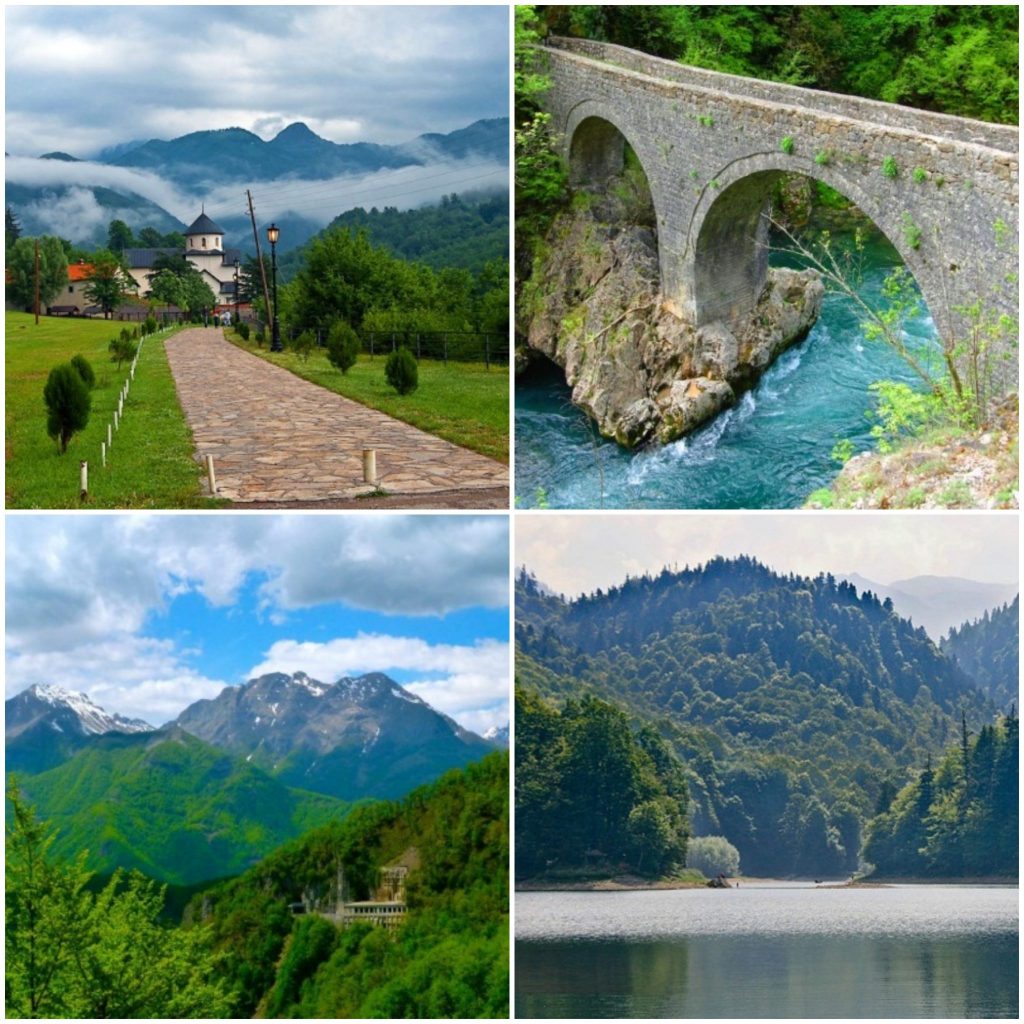 Piva Monastery was built near to Piva Lake in XVI century. The Church of the Assumption of the Blessed Virgin Mary was built thanks to efforts of the future Serbian Patriarch Savati Sokolovic. The Church was decorated by Greek painters between 1604 and 1606 and contains many frescoes. Later the Church was painted by masters of famous Bokelska (Kotor) school. Piva Monastery is only one Serbian monastery that was founded during the Turkish occupation.

At the end of the XX century the Monastery had a unique story: in 1982, a new reservoir, created by the Piva Hydro Electric Project, required moving the monastery, so while the dam was built, the monastery was broken into pieces and moved to a higher ground, 3.5 km away. It was reconstructed in the original way.

The monastery contains archives, a library, and a treasury with 183 books and nearly 280 other items reported in 1991, including ritual objects, rare liturgical books, art and objects of precious metals. Also featured is a psalm from the Crnojevići printing press (1493–1496), which was the first printing press in the Balkans. It is dated to 1494 and was discovered by chance among other papers in the library of the monastery. 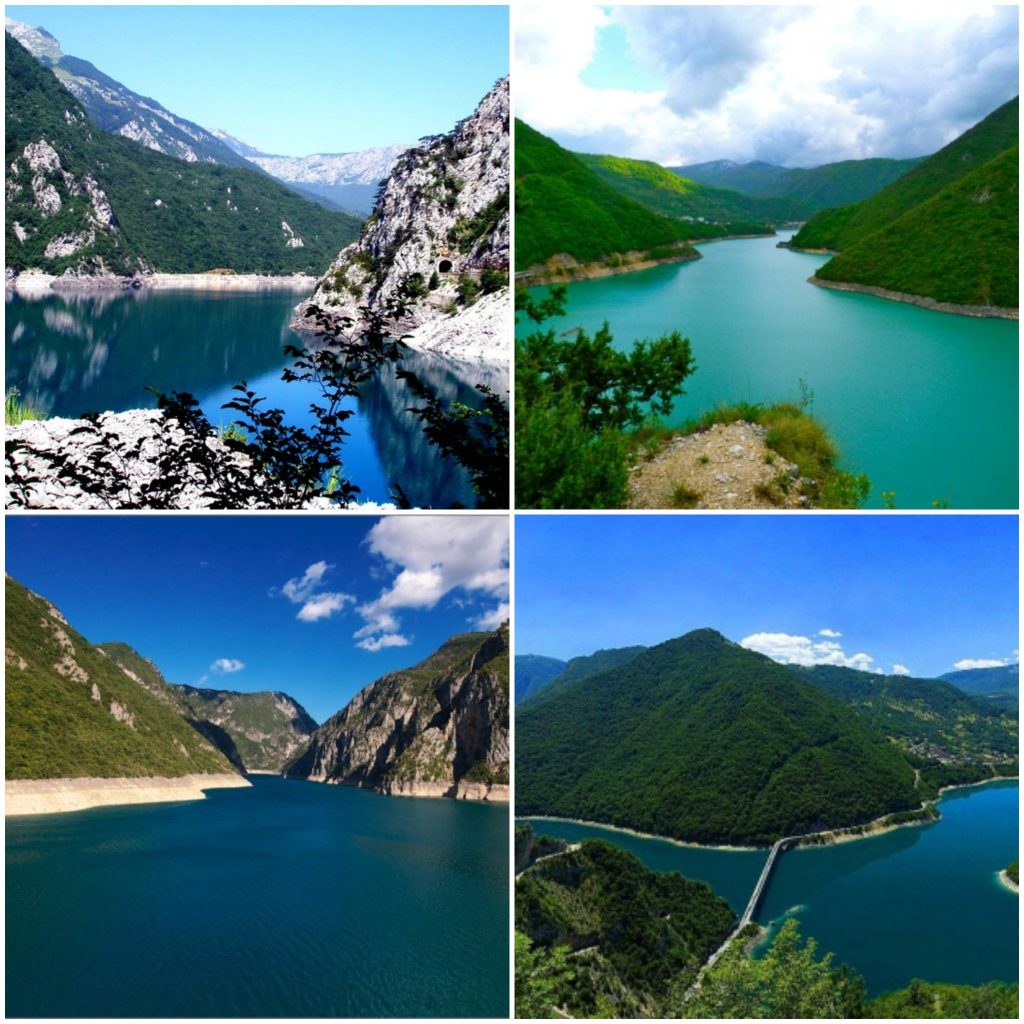